I had dinner with my friends Brandon Sanderson and Larry Correia after Brandon's signing at the West Jordan Barnes and Noble. I'm so proud of Brandon for his job on the new Wheel of Time book--A Gathering Storm, which was just a #1 New York Times bestseller. And Larry has so many cool things going right now with his extremely popular Monster Hunter International book. Hopefully, Larry's movie deal will go through. It would translate so well to the big screen.

Getting to hang with Larry and Brandon is a treat for me because they’ve both just finished big mega book tours—like I just did. We’re all so mentally fried from doing all the traveling, promoting, and such. The three of us are looking forward to getting back to writing again.

Brandon has two more Wheel of Time books coming out, then he’s got his Way of Kings series, which will be huge! Maybe two million words!

Larry has Monster Hunter Alpha coming soon, and several other projects going. He’s sold four novels to Baen Books now, and I couldn’t be happier for him. When I read Monster Hunter International, I knew he had a long career ahead of him.

As far as my own writing, I don’t have a release date for book three yet. I’ll let you know when I do. I’ve also been asked to write two more short stories. One for DAW books, which will appear in Steampunked, an anthology coming out in a year or so. I don’t know the release date yet. The other will be for Stygian Press, and will be an Abyss Walker story in an Abyss Walker anthology. Good times. There is another short story project, the Crimson Pact, but I’ll post more on that later.

The good news for me is that I actually got back to writing last night. Things were flowing and I’m so glad to be working on book three again. I wrote a few new scenes for The Secret Empire and hope to finish the rewrite of the old manuscript in the next three months.

I also need to work on Medusa’s Daughter, which is so close to being done. I just have to write the epilogue and go over the book again. Then it goes to my alpha readers, Patrick, Brad, and Barb. I just need to find the love for it again . . .

Posted by Paul Genesse at 12:16 AM No comments:

Interview and Article in Survival By Storytelling Magazine 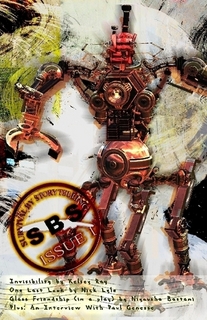 The first issue of Survival by Storytelling Magazine just came out and features an article about writing and an interview of me. The magazine is dedicated to publishing fiction, non-fiction, and poetry by young authors—all under 25 years old. I don’t have a story in it, as I’m 36, but the editor asked me for an article on writing and did a cool interview. My article is called SIX IDEAS ON CREATING MEMORABLE CHARACTERS, and has lots of fun ways to get you started on character creation.

The 12 stories are a lot of fun and show that good stories can be written by people of any age.

You can get a preview and check it out at http://stores.lulu.com/sbsmag where you can download it for only $5 or get a print copy for $9.

For you young writers out there, please check out: http://www.youngwritersonline.net/

Paul Genesse
Author of The Dragon Hunters
www.paulgenesse.com
Posted by Paul Genesse at 2:37 AM No comments: 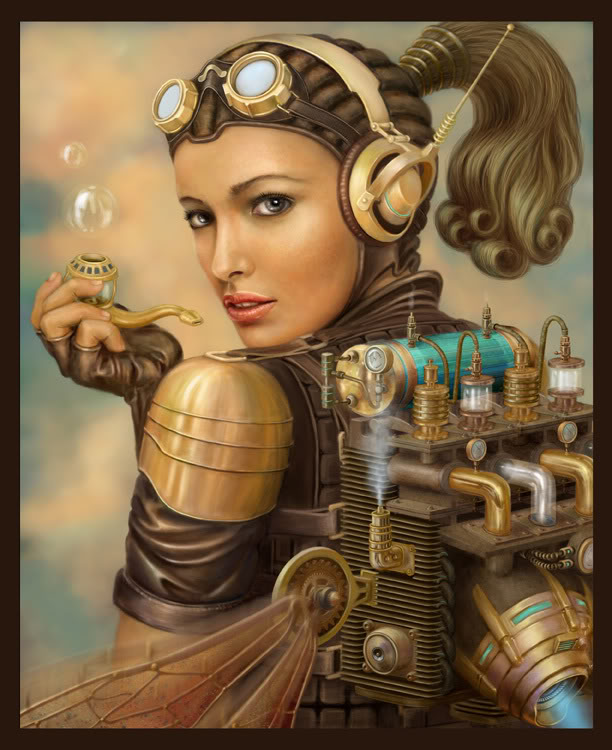 
I was fortunate enough to be asked to write a story for Jean Rabe’s next DAW anthology, Steampunked. I’ve been working on a story idea and have come up with a setting that I think has not been done before in this genre. I don’t want to say what it is now. However, I was able to attend a panel on Steampunk at the World Fantasy convention a few weeks ago and it got my mind going. I’m also reading a great anthology edited by Jeff and Ann Vandermeer called Steampunk right now. Pick it up if you get a chance. I’ve loved almost every story so far and think it’s totally awesome.

What is steampunk? Check out this link:

Posted by Paul Genesse at 2:12 AM No comments:


It’s official. I’m going to be writing a story for the upcoming Abyss Walker anthology. The creator, Shane Moore asked me to write a story and I’m very happy about saying “yes.” I met Shane at Gen Con 2009 and we’ve become friends. He’s my kind of guy and goes full-throttle to reach his goals. His Abyss Walker series of novels and graphic novels, has been very successful and I can see why.

If you want a chance to be in the anthology as well, check out the guidelines on the Stygian blog.

This is a great opportunity for fans of the series and anyone, to get published in a cool book.

Paul Genesse
Author of The Dragon Hunters
www.paulgenesse.com
Posted by Paul Genesse at 1:52 AM No comments:

Neil Gaiman hitched a ride with me

Neil Gaiman hitched a ride with me from Flagstaff to Los Angeles. It was a good trip. One I won’t forget. It’ll be forever remembered as the trip that I listened to American Gods (written by Neil Gaiman), on audio CD. To be clear, Neil wasn’t physically with me in the car. His words, however, were, and I really enjoyed the novel. The man reading the book was amazing.

The novel won the World Fantasy Award for best novel a few years ago, and I see why. I finally got the book and I’m glad that I did. The story is awesome and the scope of the novel was extremely impressive. Who knew that the ancient gods could fall so low? I don’t want to get into the nuts and bolts of the book, but let’s just say that the ancient gods have come to America with their worshippers. Now they exist as shadows of their former selves, barely gods anymore as they are worshipped very little, and seem very, very human. They drink, eat, love, and mostly steal. It was a fascinating book that follows a character named Shadow. Who is he? You’ll find out very slowly as you read the book—or listen to it. The novel is huge, but worth it in the end. It did have a slow pace most of the time, but I found it interesting throughout, even when the plot moved very little. I got a little sick of hearing about what they were eating all the time, but the detail was excellent. Gaiman’s ability to describe a scene is top-notch.

The social commentary in the book was brilliant and it holds up the mirror to America and shows us that worshipping certain technologies, (or personalities), has some serious consequences for all involved.

American Gods is a literary fantasy in my opinion, and I would recommend it to mature readers who want to see what all the fuss is about with Neil Gaiman. I knew he was cool, as I met him once, at World Fantasy in 2002 in Minneapolis. He’s an interesting and very charismatic man, and if you get a chance to hear him on a panel at a convention—don’t miss it.

Paul Genesse
Author of The Dragon Hunters
Book One of the Iron Dragon Series
www.paulgensse.com
Posted by Paul Genesse at 11:49 PM No comments: