The World As a Character Presentation from LDS Storymakers 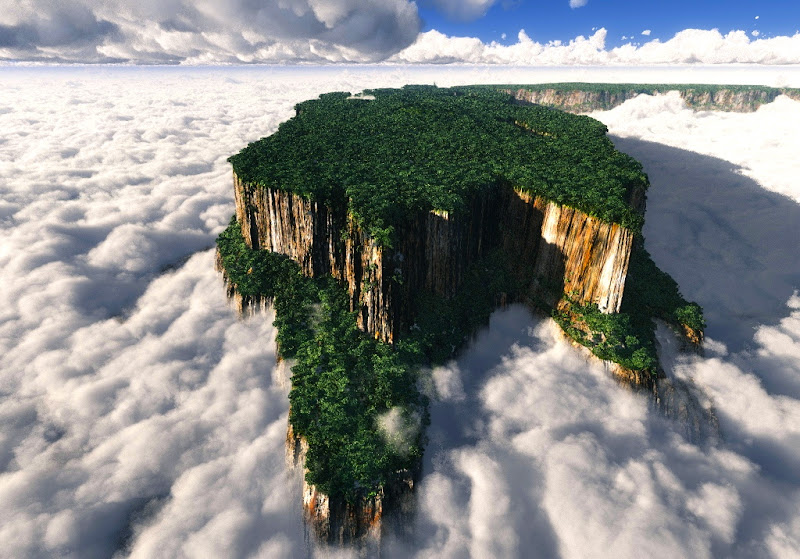 (These are just a few notes, not really what's on my note cards, and I'm not posting the 50 slides).

"The World as a Character," a few notes from my presentation. Most of this is in the world building book Eighth Day Genesis edited by Sabrina Klein. The book has been nominated for a 2013 Origins Award.

*Think of some of the most iconic fantasy or science fiction settings: Frank Herbert’s Arrakis, J.R.R. Tolkien’s Middle-earth, Stephen R. Donaldson’s The Land, James Cameron’s Pandora. You can imagine each of those worlds as a character with distinct personalities.

*Reactions are much more interesting than a boring description about a place. They show the character of the setting, and also the main character’s thoughts, which accomplishes the two major goals of character development at once.

*Your job is to show us which face the world takes wherever the characters go.

*Consider very carefully what kind of story, or stories, you want to explore before you craft your world. You don’t want your story to clash with the world and make what you are trying to do seem unbelievable or inconsistent. Think about the common descriptions of plot before your proceed with the world-building.

*Write a bio from the point of view of the world. Just a couple of paragraphs.

*Sir Arthur Thomas Quiller-Couch is credited with coming up with a famous list of plots I’ve often heard at writing seminars and are considered the basic type of literary plots: Man against Nature, Man against Himself, Man against God, Man against Society, Man caught in the Middle, and Man & Woman. Make sure your world and your story are compatible. Some plots seem to fit better with certain types of worlds.

*Don’t info dump about the world and expect the readers to keep reading.

*Basic Questions to answer during world creation:
• Stable agriculture?
• Navigable rivers?
• Mountains, deserts, or bodies of water that close it off from other areas?
• Plants that are easily domesticated?
• Animals that are easily domesticated?
• A mild or harsh climate?
• Deadly diseases that are endemic to the area?
• A human population that has been there a long or short period of time?
• Natural resources that benefit the local population?

These questions are huge and if you want to understand the significance of them more read anthropologist Jared Diamond’s incredible book, Guns, Germs and Steel, and also Collapse. The answers to those basic questions above will determine a lot about the people who live in the world, and your bio about certain parts of the setting will answer the rest.

Check out Eighth Day Genesis on Amazon.com and check out all 21 essays on world building.

Posted by Paul Genesse at 10:24 PM No comments:

Review of Allied Zombies for Peace by Craig Nybo 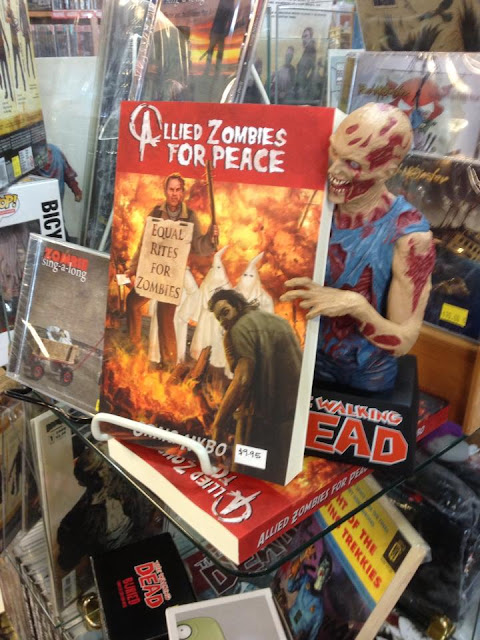 (Allied Zombies for Peace display at Night Flight Comics in Salt Lake City)
Review: I loved reading Allied Zombies for Peace by the hilarious author Craig Nybo. I had no idea that a riot involving zombies, WWI veterans, cops, and the vile KKK at a peace rally in 1967 could be so entertaining. It's written like a screenplay with short, punchy chapters, and told from many different point of views, and covers only 42 minutes of mayhem. If you're looking for a fun read, check out this book.

Here's the awesome book trailer video--errr, I mean news cast about the riot.

Reading about zombies clawing and munching on some vile KKK jerkwads was awesome. There just can't be enough of that in the world. Nybo is a great comedic writer and a rising talent. I can't wait to read what he writes next.

Check it out on Amazon.

Paul Genesse
Author of the Iron Dragon Series
Editor of the Crimson Pact Series
Posted by Paul Genesse at 3:46 PM No comments: